On June 15-18, one of the largest business events in the world took place — the XXV St. Petersburg International Economic Forum (SPIEF-2022).

For 25 years, the Forum has gained the status of the world’s leading platform for discussing key issues of the global economy and sharing best global practices and competencies in order to ensure sustainable development. In 2022, Egypt became the guest country of the SPIEF-2022. Prosecutors General of Russia and Egypt Igor Krasnov and Hamada el-Sawi signed a cooperation program for the next two years in the field of combating „the misuse of virtual currency“, transport security, protecting the rights of entrepreneurs and the environment, as well as interaction in the field of combating terrorism and extremism.

This year the Forum was attended by over 14 thousand participants from 130 countries. The plenary session was attended by the heads of China, Egypt, Kazakhstan and Russia. Agreements worth in general 5.6 trillion rubles were signed in the fields of SPIEF-2022.

Russian President Vladimir Putin, as part of his speech at the Plenary meeting, noted the basic principles of the development of the state: “The first is openness. Truly sovereign states are always committed to equal partnership, to making their contribution to global development. <…> The second principle of our longterm development is the reliance on entrepreneurial freedoms. <…> The third principle is a responsible and balanced macroeconomic policy. … The fourth principle of our development is social justice. The fifth principle, on which Russia builds its economic policy, is the priority development of infrastructure. <> The sixth, crosscutting principle of development that unites our work is the achievement of real technological sovereignty, the creation of an integral system of economic development, which, in terms of critical components, does not depend on foreign institutions” [1]. 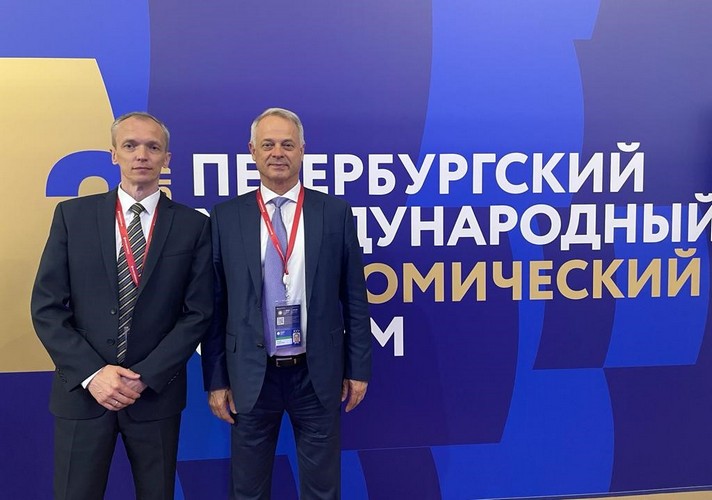 Sergey Korotkov, Director of the UNIDO CIIC Russia, took part in the working meeting of the Forum on the topic “Saving the water potential of the North-West region of the Russian Federation” and shared UNIDO’s experience in implementing projects in the field of water conservation.

Within the framework of the Forum, 6 bilateral business events were held with foreign partners from Egypt, China, Africa, Latin America, Turkey, Iran, as well as meetings with representatives of the BRICS countries, the Shanghai Cooperation Organization, the Eurasian Economic Union and ASEAN.

Based on the results of the Forum, a report titled “Results of the St. Petersburg International Economic Forum 2022” will be prepared, which will be available on the official website of the event and on the website of the Information and Analytical System of the Roscongress Foundation roscongress.org[2].

1 — According to IA Dialog, https://topdialog.ru/

2 — According to the news agency Vedomosti