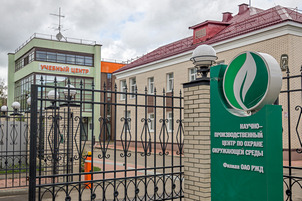 The meeting covered the operations of the hazardous waste disposal facility, officially opened on July 28, 2015, in the presence of the Managing Director of UNIDO, Mr. Philippe Soltes. The UNIDO/GEF project implementation was also highlighted.

Regarding the UNIDO/GEF project issues of the supply of a mobile PCB-contaminated transformer oil purification plant, the prospects of using a plasma hazardous waste neutralization plant (purchased by UNIDO), as well as the implementation of the joint UNIDO-RZD-NEFCO project for cleaning Northern and Arctic territories of the Russian Federation from PCB-containing wastes were covered. Senior Advisor to the President of JSC «Russian Railways» Gapanovich Valentin confirmed the interest of the company in the successful implementation of the Project. The priority actions that Russian Railways and UNIDO should take to implement the project road map and the approved National Implementation Plan for the Stockholm Convention on POPs were discussed during the meeting.