From May 19 to May 21, Kazan hosted the XIII International Economic Summit „Russia-Islamic World: KazanSummit 2022“ (hereinafter referred to as the Summit). This year, more than 6,000 guests from 64 countries took part in the Summit.

The key topic of the Summit was the sharing economy and the common good of halal. Within the framework of the Summit, participants and guests discussed issues of strengthening trade, economic, scientific, technical, social and cultural ties between Russia and the member countries of the Organization of Islamic Cooperation (OIC), as well as measures to strengthen the positive image of Russia in the OIC countries and the OIC countries in Russia, development of international initi-atives within the framework of the Sustainable Development Goals.

The Summit brought together representatives of international organizations, public and financial institutions, government officials, investors and businessmen. Among the participants were: President of the Republic of Tatarstan Rustam Minnikhanov, Chairman of the Halk Maslakhaty of the Milli Gengesh of Turkmenistan Gurbanguly Berdimuhamedov, Minister of Economic Development of the Russian Federation Maxim Reshetnikov, State Counselor of the Republic of Tatarstan Mintimer Shaimiev, acting. Prime Minister of the Republic of Sudan Osman Eldirdiri, Chairman of the Supreme Council for Islamic Affairs of the Kingdom of Bahrain H.E. Sheikh Abdulrahman Mohamed Rashed Al Khalifa, Chairman of the World Halal Day (UNWHD) Mohammed Jinnah, Head of KOSGEB Hasan Basri Kurt, President of the Russian Chamber of Commerce Sergey Katyrin, Deputy Minister of Economy of the UAE Abdullah Al Saleh, Deputy Minister of Foreign Affairs of the Russian Federation Mikhail Bogdanov, Special Representative of the Minister Foreign Affairs of the Russian Federation for Cooperation with Organizations of Muslim States, Ambassador-at-Large Konstantin Shuvalov, Director General of Rosgeo Sergey Gorkov, Permanent Representative of the Russian Federation to the Organization of Islamic Cooperation Ramazan Abdulatipov, Secretary General of SMIIC — Institute of Standards and Metrology OIC Ihsan Ovut, President World Halal Summit Yunus Ete, President of the OIC Youth Forum Taha Ayhan and others. 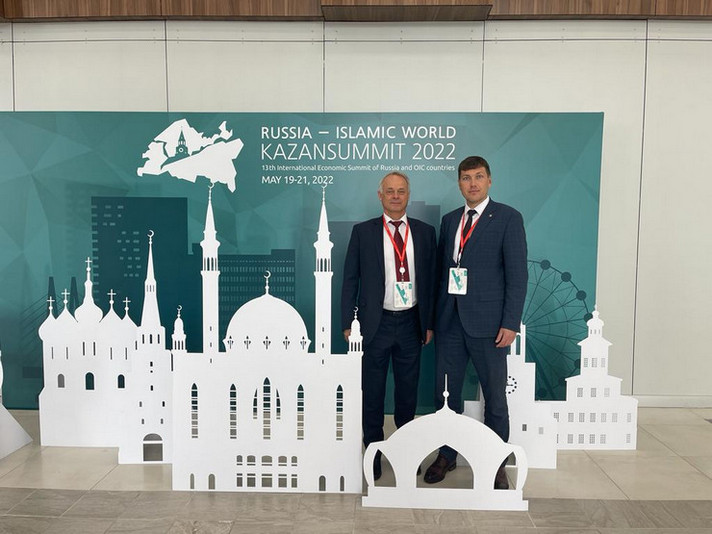 Director of the UNIDO Centre for International Industrial Cooperation in the Russian Federation (hereinafter referred to as the UNIDO CIIC Russia) Sergey Korotkov took part in the Plenary session of the Summit, and also acted as an honorary speaker in the sessions “Business as a universal language of international cooperation” and “The impact of the UN Sustainable Development Goals until 2030 on global processes”. 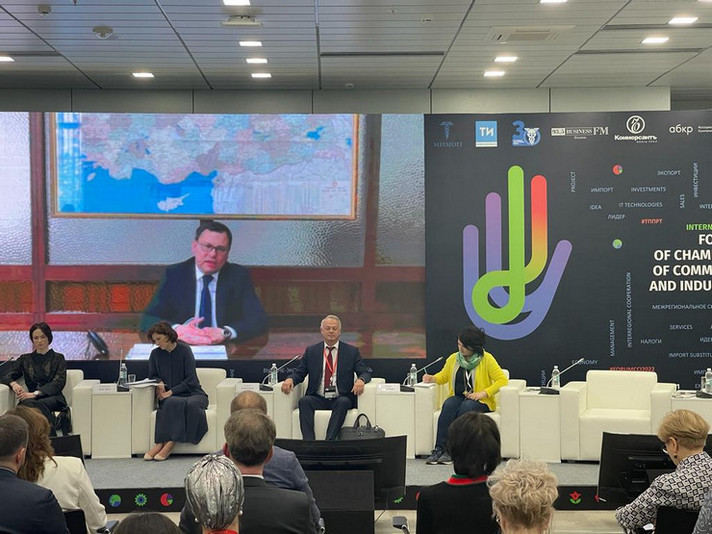 Mr. Korotkov spoke about the importance of sustainable development solutions and UNIDO methods for improving energy efficiency, including the implementation of the ISO 50001 standard at industrial enterprises.

Also Mr. Korotkov mentioned the “International Guidelines for Industrial Parks” developed by UNIDO, which was presented during the 18th session of the UNIDO General Conference in Abu Dhabi. This guide is the result of years of research by a team of experts and a guideline for the development of modern industrial parks in line with best-in-class practices and standards.

“The development of industrial parks gives us huge opportunities for industrialization and economic growth due to investment opportunities and, integration into global value chains as well as creating competitive employment force while preserving the environment,” he said.

The agenda of the two-day Summit also included Islamic finance and partner banking, the halal industry, youth diplomacy, export development, entrepreneurship and investment. The important events of the Summit were the Machine-Building Cluster Forum, the Forum of Young Investors of the OIC Member Countries, the Forum of Young Diplomats of the OIC Member Countries, SberTalk discussions on financial issues, the Modest Fashion Day festival and the Russia Halal Expo 2022 exhibition.

A landmark event this year was the celebration on May 21 of the 1100th anniversary of the adoption of Islam by the Volga Bulgaria. The guests of the Summit were able to see a unique light show and a solemn ceremony of installing a memorial stone to commemorate the construction of the Cathedral Mosque complex.